Yu-Gi-Oh! Power of Chaos: Kaiba The Revenge is a Card-based Games, Single-player video game by Konami. The game proposes three hundred new cards and allows the player to collect them to make the most powerful decks. The player needs to defeat Kaiba, a computer-generated enemy. To accomplish this objective, the player has to utilize a variety of tactics during a clash. The player attacks on various monsters by using different traps, unique spells, etc. The game introduces a strange kind of cards and leaves the player to obtain them as much as possible. The player needs to play off Kaiba and Yugi who have their highs and lows. He does not face a consistent level of complexity in the game because the player’s decks are garbage in comparison to the computer-controlled opponents. The game lets the player turn up trash cards and sometimes two of the same cards in a single pull. All cards shown to the player have bright graphics with a sidebar that provides him all information he needs to know about card. Yu-Gi-Oh! Power of Chaos: Kaiba The Revenge involves numerous features such as Excellent Graphics, Indie, Cards, Fictions, Brilliant Soundtrack, Board-based Games, and more. 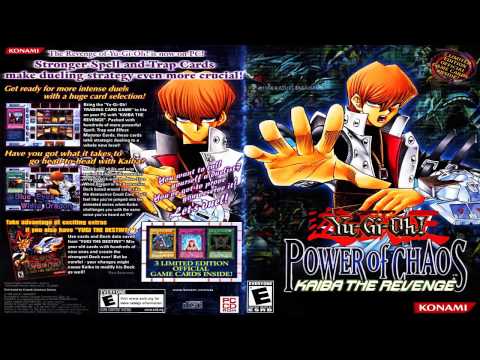