Watch Dogs 2 is an Action-Adventure, Single-player and Multiplayer video game Published by Ubisoft. The game centers on the Hacker Marcus Holloway, a Ruffin Prentiss who gets punished for a crime he did not commit. Later, the Marcus joins DedSec and starts working with fellow hackers Sitara, Wrench, and Josh to use their skills to expose corrupt corporations and organizations which secretly use stolen personal data for their ends. The game sets in a fictionalized version of a San Francisco Bay Area which contains four different areas, including Marin and Silicon Valley. The game lets the player take control of Marcus Holloway, a young hacker and navigate the world on-foot or even by the several vehicles, such as trucks, cars, buses, etc. The player can utilize different weapons during driving. The game provides various improved acrobatic skills and abilities to parkour around the city. The player can use distinct approaches to complete several missions, including aggressive and stealth. The dynamic approach helps the player defeat enemies with guns while the stealth approach makes the player able to evade enemies or paralyze them temporarily. Watch Dogs 2 involves prominent features such as Open World, Stealth, Parkour, Third-person Perspective, Atmospheric, Comedy, Shooting, and more. 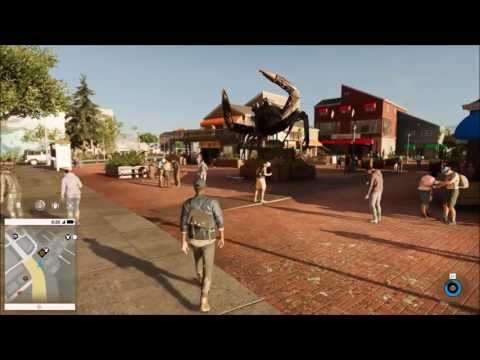