Warcraft III – Reign of Chaos is a Real-Time-Strategy, Single-player and Multiplayer video game Published and Developed by Blizzard Entertainment. The game sets on numerous kinds of maps comprise of seas, cliffs, mountains, varying sizes of plains, and large fields. The player has to perform several activities such as establish various settlements to defend against others, get numerous resources, train different units, fight against computer-generated foes, and traverse the entire map. The game provides three significant resources to the player for different purposes such as food, lumber, and gold. The player can utilize lumber and gold to construct various buildings and units. The game introduces a fixed interface exhibited at the bottom of the screen to display the minimap to provide information regarding the currently chosen group of units. The small top bar shows currently owned resources, recent time of the day, and upkeep level. The game offers four playable factions, including the Orcish Horde and the Human Alliance. The player must engage himself in completing some main quests and side missions as well. Warcraft III – Reign of Chaos offers lots of features such as High Fantasy, Cartoony Graphics, Action, Adventure, Masterpieces, Indie, and more. 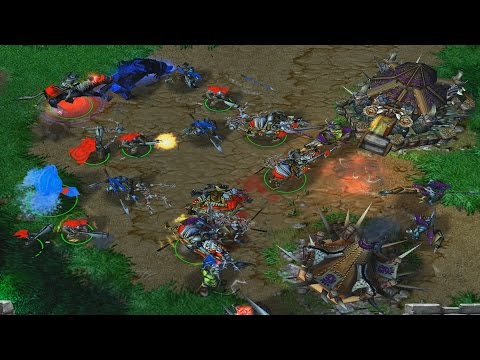