Transformers: Fall of Cybertron is a Third-Person Perspective, Single-player and Multiplayer video game Developed by High Moon Studio. The game revolves around a Transformers, the Giant robotic life and introduces two Robotic factions, including the Decepticons and the Autobots. The fall of Cybertron illustrates the final combat between these two robot factions and forces the Autobots to seek sanctuary in the Milky Way. The game allows the player to take control of each transformer in both its vehicle and robot forms. The player contains a regenerating shield and uses different health packs to replenish his health. The game provides lots of pieces and color options to upgrade a character, gear, etc. The player defends himself against challenging waves of enemies by using the Survival mode. The progression of gameplay unlocks new sections of the level to grant the player access to upgraded abilities and weapons. The game allows the player to customize one of four character classes, including Infiltrator and Titan on nine distinct maps such as Bowels, Corrosion, Desolation, etc. Transformers: Fall of Cybertron contains various exciting features such as Shooting, Cartoony Graphics, Atmospheric, Open Environment, Excellent Soundtrack, Masterpieces, and more. 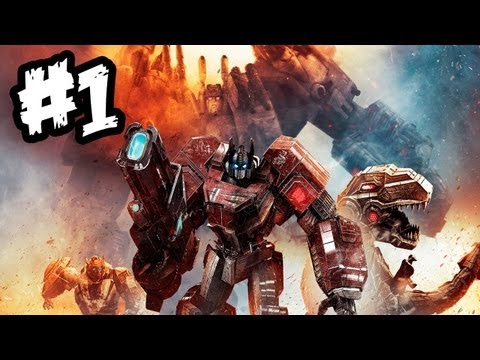