The Evil Within System Requirements

The Evil Within Minimum System Requirements

The Evil Within Recommended System Requirements

The Evil Within is a Single-player and Survival-Horror video game brought to you by Tango Gameworks. The game depicts a gruesome mass murder at the Beacon Mental Hospital. After hearing a high-pitched noise, Krimson police detective Sebastian Castellanos along with Junior Detective Juli Kidman find themselves to be in an unreal world. Sebastian gets separated from his partners and flees from the different monstrous man. Sebastian also wanders through abandoned buildings and unnatural forests full of multiple monstrous creatures. The game proposes several chapters and allows the player to complete them to proceed throughout the story. The player faces lots of dangers such as barbed wire traps, bear traps, spike traps, bombs. The game lets the player fight off various enemies, including The Haunted and Reborn Laura. Safehouse named as Safe Haven is also accessible to the player during some scripted events. The game introduces multiple weapons to the player which he can utilize in combat such as a shotgun, revolver, knife, sniper rifle, grenades, etc. The player can also use the Agony Crossbow, a which fires several bolts capable of blinding, freezing, electrocuting enemies. The Evil Within includes several features such as Open World, Atmospheric, Exploration, Action, Adventure, Fiction, and more. 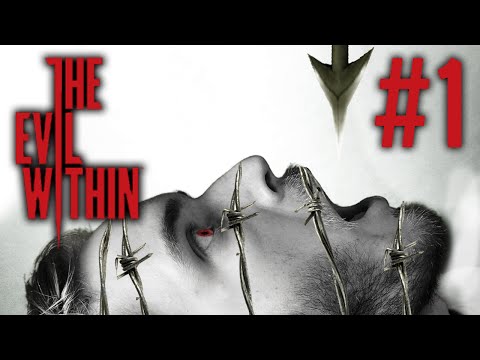