Ryse: Son of Rome is a Third-person Perspective, Hack-and-Slash, Single-player and Multiplayer video game Developed by Crytek. The game centers on the Marius who begins his story just like a soldier and completes his training. Marius is about to leave Rome forever to serve his duty in a sedate II Legion by holding a post in an Alexandria. Running combat through various streets of Rome results in the death of his younger sister and beloved parents. The game permits the player to assume the role of a Roman general, Marius Titus who is on an extraordinary quest to take revenge for his murdered family. The player gets access to different weapons, including melee-based combat and javelins. Throughout the game, he needs to use these weapons to attack enemies and conquer them. The player keeps himself busy in a task to co-operate with or even command other NPC’s to capture lots of enemies. The game permits the player to activate an execution sequence when he deals enough damage to an enemy. The player can perform one of four categories of executions upon weakened enemies. Ryse: Son of Rome provides lots of features such as Action, Adventure, Historical, War, Atmospheric, Open World, Masterpieces, and more. 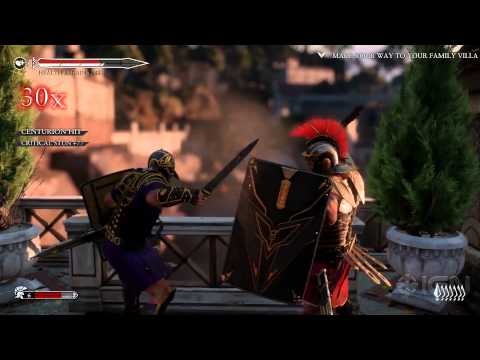