Pillars of Eternity II: Deadfire is a Single-player and RPG video game provided to you by Versus Evil. The game revolves around Eothas, who is a god of rebirth and light. Eothas awakens under the character’s stronghold Caed Nua, eliminates Card and drains lots of souls of different people in the surrounding area. The Watcher comes across with the god of death, Berath who attempt to restore soul of citizens. The Eothas along with the Watcher moves through a ship to the Archipelago and try to seek out different answers. The game keeps the player engage in island exploration and seafaring through a boat. The player can captain his ship on some dangerous voyage across the vast archipelago region of the world. The game requires the player to traverse the depths of unlimited possibilities by having total freedom of exploration. The player can perform lots of activities, including make more meaningful choices at each turn and engage in extensive character customization. The game lets the player plot his course by ship, explore different exotic islands, and participate in completion of a large variety of quests. Pillars of Eternity II: Deadfire includes some prominent features such as Action, Adventure, Open World, Isometric, Turn-based, Fantasy, and more. 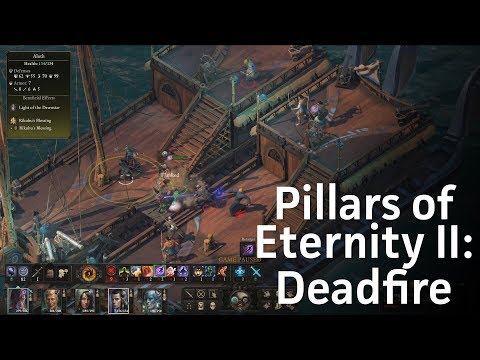