Middle-earth Shadow of War is a Single-player and RPG video game developed by Monolith Production. The game revolves around Celebrimbor and Talion who travel to the Mount Doom and forge a new Ring of Power which is free of Sauron’s corruption. Shelob holds Celebrimbor and asks Talion to give him the Ring in exchange for Celebrimbor. Talion reluctantly offers the Ring to Shelob who uses the Ring to direct Talion to the last Gondorian and see into the future. The Palantir makes the Ring as a dangerous weapon for Sauron and a valuable tool for Celebrimbor. The game permits the player to control a protagonist Talion, who comprises of numerous combat and natural athletic abilities. The player contains unique skills offered by the spirit of the Celebrimbor which he utilizes to complete several missions, such as destroy the armies of the Sauron. The game involves some main and optional quests which assist the player to boost his abilities. The player needs to perform different actions under dynamic weather conditions and even day-night cycle which can affect his performance. Middle-earth Shadow of War provides some significant features such as Open World, Action, Adventure, Fantasy, Atmospheric, Brilliant Soundtrack, and more. 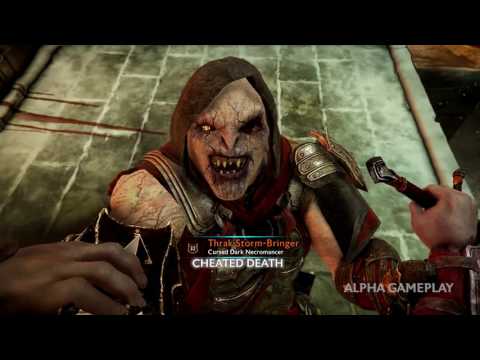