Metro: Last Light Redux is a Single-player and First-person Perspective video game Provided by Deep Silver. The game sets in 2034, when Artyom’s missile strikes against the mysterious beings who threaten the survivors of the nuclear war, a Dark Ones who are living in the Moscow Metro. A wandering mystic, a Khan updates the Rangers and the Artyom that a single Dark One survived the missile strike. The game lets the player assumes the role of an Artyom and utilizes a variety of firearms in battle, including both real and fictional weapons. The player is capable of eliminating an enemy directly with his melee weapon. The game allows the player to have access to four different secondary weapons, including incendiary grenades and throwing knives. Instead of shooting human enemies, the player kills or knocks out them by using stealth. The game proposes a dark environment of real metro tunnels with lots of horror elements such as hallucinations, shadow figures, and unexplained noises. The game presents a dynamic weather system and a day-night cycle. Metro: Last Light Redux includes various features such as Atmospheric, Shooting, Horror, Survival, Masterpieces, Nudity, Action, Adventure, and more. 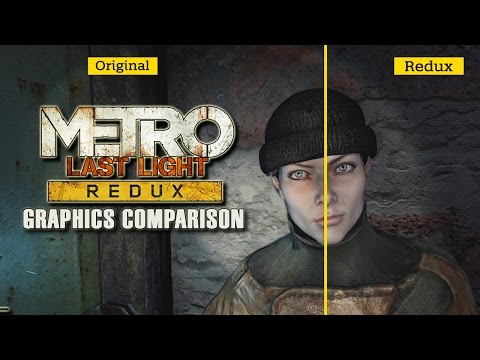