LEGO Star Wars: The Force Awakens is an Action-Adventure, Singel-player, and Multiplayer video game brought to you by Warner Bros. The game depicts the Han Solo who leads many rebels on the forest moon of Endor after the four years of the Battle of Yavin. Han Solo takes out the shield generator to protect the second Death Star and tricks different Imperials to destroy the generator. The Millennium Falcon launches an attack on a Second Death Star who destroys the Rebel ship. Lando leads different fighters through the shaft after the destruction of the shield generator. The game introduces a new system, a Multi-Builds to grant the player gets access to numerous building options. In individual brick-building sections, these options get destroyed or even rebuilt to open new path throughout the world. The player can hide behind the cover and engages himself in the Blaster Battles with several enemies. The game proposes lots of characters and allows the player to choose one of them such as Captain Phasma, Han Solo, Rey, etc. LEGO Star Wars: The Force Awakens includes some significant features such as Open World, Atmospheric, Fun, Fantasy, Puzzle, Third-person Perspective, and more. 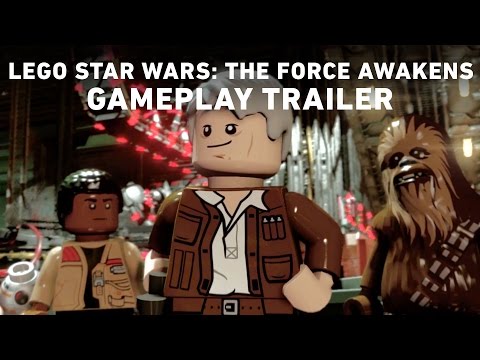