LEGO City Undercover is an Action, Adventure, Single-Player and Multiplayer video game by Nintendo. The game revolves around the Police officer Chase McCain who returns to the Lego City. The Gleeson reveals that the city is in the grips of a crime wave under the Rex Fury, a notorious criminal. The Chase attempts to help the Gleeson in arresting the Rex Fury and manages to get a few clues that lead him to encounter Rex at Bluebell Mine. The game lets the player assume the role of a Chase McCain, an undercover cop. The player needs to go on the hunt for criminals, with numerous moves at his disposal, including performing wall jumps and swinging across poles. The game allows the player to get some disguises which give him some extra abilities. The player can utilize loose bricks to build several objects and pilot different vehicles, including helicopters and cars. To locate criminals, the game provides different devices such as a communicator and as a scanner. The game permits the player to commit criminal acts on some occasions to infiltrate criminal gangs. LEGO City Undercover consists of some significant features such as Open World, Comedy, Exploration, Good Soundtrack, Racing, Sandbox, and more. 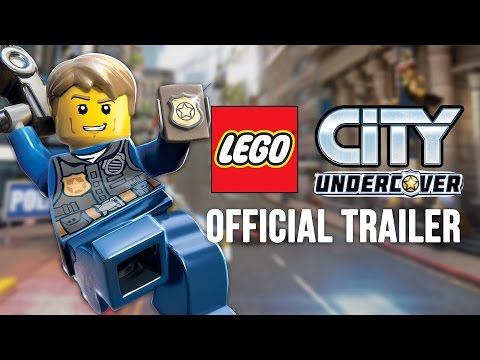