Heroes of Might & Magic IV is a Turn-based Strategy, Single-player and Multiplayer video game Published by The 3DO Company. The game revolves around several events of Heroes Chronicles. The wielder of Armageddon’s Blade and Gelu, the leader of AvLee’s Forest Guard attacks the Barbarian King of Krewlod, a Kilgor in an attempt to destroy the Sword of Frost. The Sword of Frost and Armageddon’s Blade clash in combat which results in a massive explosion and destruction of the world of Enroth. Lots of the inhabitants of a planet escape through mysterious portals which appear during the Reckoning. The game lets the player attack different enemies and even get attacked. The player can get revived when brought to a friendly town after killing in combat. The game also offers armies who are incapable of performing specific tasks without the hero, including capturing enemy structures and cities. The player plays a vital role in the development of a Hero who evolves into over 40 different specialized classes. The game provides a proper spell selection to the non-hero spellcasting units. Heroes of Might & Magic IV offers several fantastic features such as Isometric, 3D, Brilliant Soundtrack, Masterpieces, Excellent Cartoony Graphics, Indie, and more. 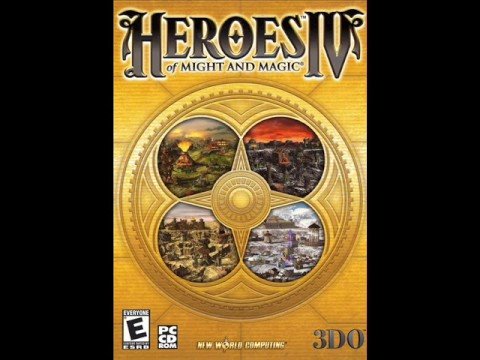