Heroes & Generals is a Multiplayer and First-person Perspective video game Developed and Published by the Reto-Moto. The game lets the player control a soldier from different factions, including the Soviet Union and the United States. The player can also earn in-game credits through various activities to purchase other soldiers. The game involves Encounter and Skirmish modes to permit the player to click on the spawn point of his team and decide whether to spawn in a vehicle or on foot. The game offers three types of modes such as Encounter, Assault, and Skirmish. In assault, one team defends itself from one or two offensive teams who aim to capture different control points to seize two or three main control points to win. Skirmishes comprise of two groups, each of them having spawn points, who fight for control over three control points to win. Just like a skirmish, the encounter game mode lets a team win when it holds different control points for an extended period to fill a bar at the top side of the screen. Heroes & Generals is featured, such as Action, Adventure, Atmospheric, Historical, Strategy, Shooting, War, and more. 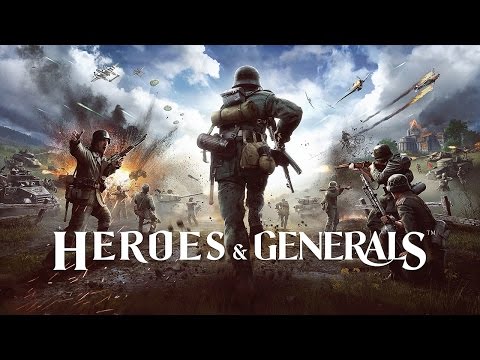