Dead Rising 3 is an Action-Adventure, Single-player and Multiplayer video game. The game centers on the Nick who reunites with some other survivors such as a trucker named Dick, his boss Rhonda, a man named Peter, a girl named Annie, and his mother. Annie runs back to her group of survivors when lots of zombies break into the diner and kill Peter. Nick and the others come to know that the government is going to bomb the entire city to stop such outbreak. Nick moves towards a military checkpoint, finds everyone deads there and gets ambushed by a gang. The game lets the player assume the role of a Nick Ramos who search for different weapons and supplies to fight off various undead. The player engages himself busy in numerous activities to complete multiple missions. The game proposes a Nightmare Mode to those players who wants to save several options and prefer the traditional time limit. The player is capable of creating various combo vehicles such as combining the steamroller and a motorcycle to provide a RollerHawg. Each of the combo vehicles comprises a secondary blue attack and two seats to support cooperative gameplay. Dead Rising 3 offers significant features such as Fantasy, Atmospheric, Zombies, Tactics, Strategy, Open World, and more. 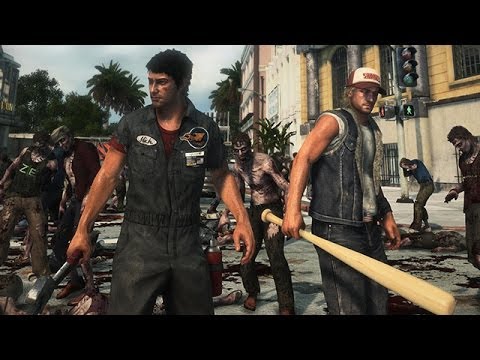