Bulletstorm: Full Clip Edition by Gearbox Publishing, is a First-Person Perspective, Single-player, and Multiplayer video game. The game revolves around the period of 26th century when the Confederation of Planets runs the whole universe. Serrano and Grayson order the Dead Echo to kill a civilian reporter, named as Bryce Novak. Later, Grayson with his old teammates, Ishi Sato command a ship which crashes and collides the land on the surface of Stygia. The game centers on the battle and provides a variety of fictional firearms ranging from a pistol to a cannon. Fascinating gameplay emphasizes a rope of energy projected from a device, energy leash. The Energy leash allows the player to activate specific devices, pull enemies towards him, slam down a ball of energy to launch enemies into the air. The game also makes the player able to kick enemies or run and slide into them. It includes a Skillshot factor to reward the player who kills opponents in the most destructive and creative ways. Bulletstorm: Full Clip Edition comprises of lots of significant features such as Action, Adventure, Survival, Open World, Fun, Shooting, Violence, and more. 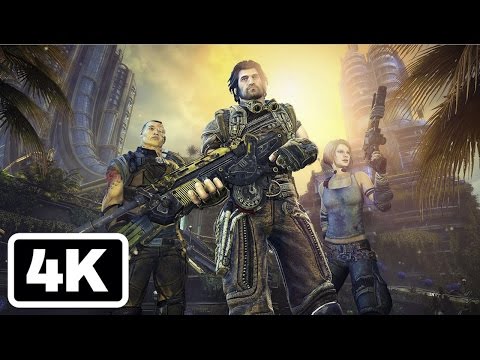