A Way Out System Requirements

A Way Out Minimum System Requirements

A Way Out Recommended System Requirements

A Way Out published by Electronic Arts is a Multiplayer and Action-Adventure video game. The game revolves around the Vincent Moretti who goes to jail for committing murder and fraud. Vincent Moretti comes across with Leo Caruso who is inside the prison for six months after doing grand theft, armed robbery, and assault. In the cafeteria, a crime boss Harvey sends a thug to kill Leo, but fortunately Vincent protects him. Vincent Moretti and Leo Caruso go to the infirmary from jail while a correctional officer beats the thug to death.The game enables the player to take control of two convicted prisoners, Vincent, and Leo who attempt to break out of the jail and runway from authorities. Two players can play with each other by assuming different roles without synchronized progress. The game permits one player to take control of his character, while other player needs to watch a cutscene. Two Players must cooperate while progressing because each of them faces different situations. The game allows the player to interact with multiple NPC’s and selects a dialogue option according to his will. A Way Out offers some brilliant features such as Open World, Third-person Perspective, Atmospheric, Exploration, Tactical, Soundtrack, and more. 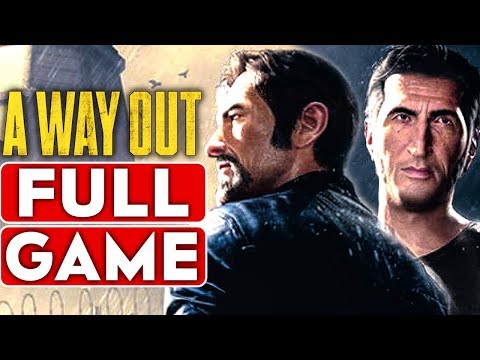